A Story of Redemption

A Story of Redemption

Some wars are fought in long battles; others are fought through quiet, deadly street confrontations. Though it is not being reported in the news, Israel is experiencing terrorist actions almost every day. We have many new BFL members joining us and this is the story of just one of our amazing brothers.

Several weeks ago a 26-year-old officer, Elroy Moshe, was severely injured in his arm while stopping a terrorist from stabbing two civilians in Jerusalem.  Even though he was stabbed and badly injured Elroy fought off the terrorist and saved the lives of two people.

Elroy was rushed to the hospital and the doctors worked to save his hand. After a few days, Elroy developed Complex Regional Pain Syndrome (CRPS), an excruciating chronic condition. Ultimately the doctors made the difficult decision to amputate Elroy’s hand.  As you can imagine this was a time of terrible trauma and Elroy was quickly sinking into a dark place.  A week before he felt like an invincible IDF soldier and now he was in constant pain and no longer had his hand.

Though sometimes it’s incredibly difficult to see, we at BFL believe everything happens for a reason.  The head of our hospital visitation team, Maor Elcobi, was the first to visit Elroy in the hospital.  If you look at the photo below to the right you will see that Maor’s left arm is also injured and he is paralyzed from the elbow down.  They essentially share the same injury! 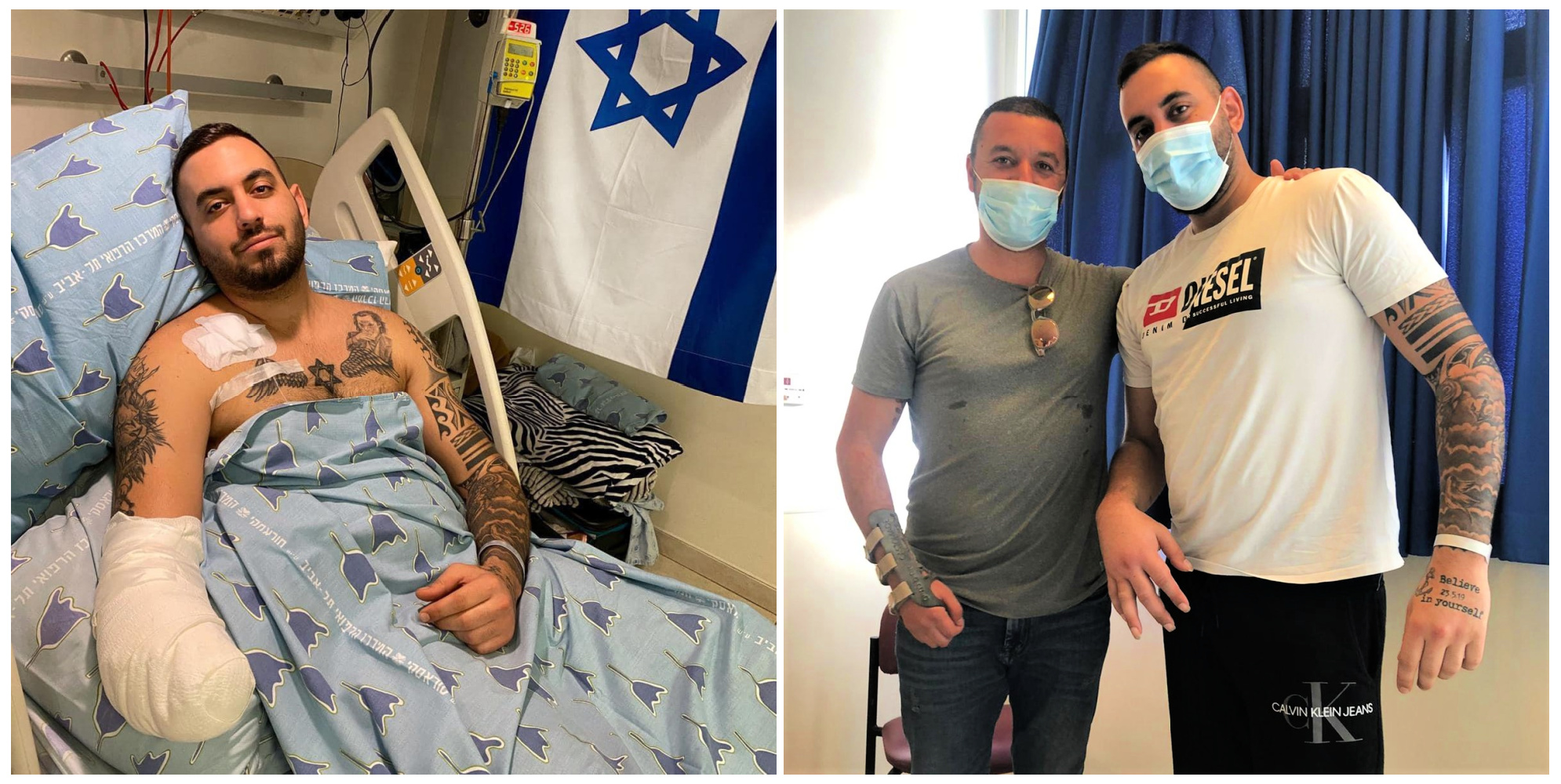 During their visits, Maor shared with Elroy that, just like him, he will learn to use one hand in the place of two, and nothing will stand in his way.  Maor himself practices mixed martial arts and plays both the piano and the guitar.   Maor reported, “When I first saw Elroy, I remembered myself and my injury 11 years ago. I knew exactly what he and his family were going through and what it will take for him to overcome the obstacles he is now facing without his hand.  I’m honored to will be with Elroy every step of the way and soon Elroy will be doing things he never even dreamed of!

After a few weeks, out of the hospital, Elroy started to come to the Beit Achim and there was no greater feeling than seeing him start to smile and thrive again.

This is far from the end of the story as there is more good news… last week Elroy proposed to his sweetheart and they are engaged! 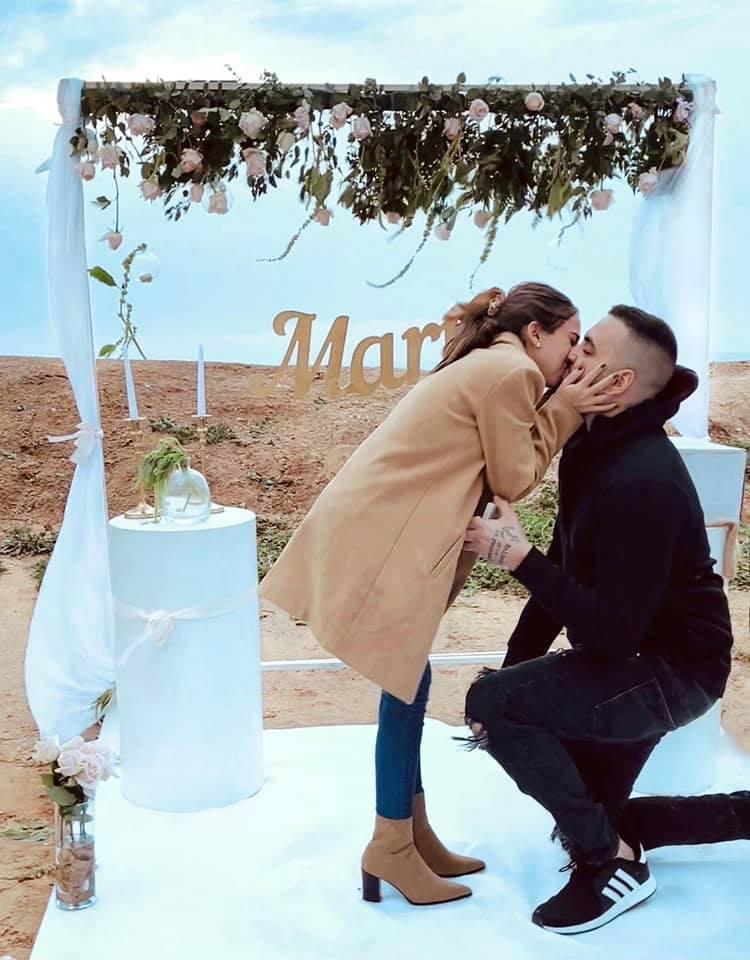 Every one of our almost 1,100 BFL members is a story of redemption.  I am not exaggerating when I tell you at BFL we help our injured brothers get their lives back.  I do not doubt that Elroy, like Maor, will soon be the one to mentor a brother in need.